CBD for anxiety and panic attacks

So, when people refer to marijuana, the plant, they’re usually referring to something that has a combination of THC and CBD. Marijuana is illegal in many states but more and more states are allowing for the recreational use of marijuana as well as medical use, called medical marijuana. With medical marijuana, the amount of THC you get can be adjusted such that you have a high percentage of THC or a low percentage.

CBD on the other hand is legal because it does not have mind-altering properties. So that’s the landscape of this situation. There’s only one FDA-approved CBD prescription medication, called Epidiolex. It’s approved for a specific kind of seizure disorder. But you can get CBD without a prescription and it’s being marketed for all kinds of problems.

Pain, anxiety, PTSD, depression, and ADHD among other things. However, there really isn’t strong research evidence showing that CBD consistently and effectively treats these disorders. For example, the Veterans Administration did a big analysis looking at several studies for the use of cannabis and pain and PTSD.

Now, just to be clear, they looked at studies using cannabis which included THC and CBD. Nevertheless, in the VA analysis, they find, they found what they call, low-strength evidence that cannabis may eliminate neuropathic pain but there wasn’t enough evidence that it was beneficial for other types of pain like arthritis.

And this was using cannabis with a THC/CBD content of 1-1 or 2-1. The 2-1 means that it had twice as much THC as CBD. What’s low strength evidence? Low strength evidence means that the testing was not very rigorous or there may have been inconsistent results like one study was positive while the other one was negative.

To really have strong evidence, you need to see results that can be replicated so each time you get the same kind of results. There have been other organizations that have analyzed data and conducted their own research. And to date, the evidence is still inconsistent on the ability of cannabis and especially CBD alone to improve these disorders.

In fact, in November 2019, the FDA published a news release on their website warning 15 companies for illegally selling products containing CBD. I’ll post the link to their website so you can see the companies that received the warning letters. The FDA makes it completely transparent. They even give you a link to the letter that they sent to the company.

Yikes. The FDA is serious. They even have shared links so you can spread the word about their warnings. I don’t know how I feel about that part. If you visit the site in this letter, you can see that it looks like a great source of CBD, a very legitimate-looking business. You may say, I thought CBD was legal, so why is the FDA saying it’s being sold illegally? Because if you make statements about a product healing or treating a disease, the FDA considers your product a drug.

And if you’re marketing a drug, you have to follow very strict regulations usually around showing effectiveness and establishing safety. The FDA also has rules about marketing products as dietary supplements. So why is the FDA being so hardcore about this? They speak to this on their website about their concerns for safety.

Here’s another page where they talk about what you need to know if you’re going to use CBD. As with any supplement, just because it’s natural, doesn’t mean it won’t cause problems for you. Some of the side effects include liver injury and changes in alertness. Also, it’s still unknown what the long-term effects will be for people who use it regularly.

And get this, there were animal studies that showed decreased testicular size, sperm count, and testosterone. And these changes even occurred in the male offspring when the mothers were given CBD. Do these findings cross over to humans? We don’t know. It may not, but you won’t know until you know.

Does this mean you shouldn’t use CBD? Not necessarily, but it does mean you need to be aware of the safety concerns and the fact that it may not work for you. In my own practice, I’ve seen people say that it helped with their pain more than it helped with their anxiety. And it seems to be pretty hit or miss.

The reason I don’t officially recommend it to patients is sourcing issues. When I drive home from work, I see signs on the streets saying, get your CBD here. How are these people manufacturing this product? On the FDA website, it says that they’re investigating some reports of CBD containing unsafe levels of contaminants such as pesticides, heavy metals, and THC.

So, I think we need some more control over how you get the product. When it comes to using CBD, I think that we’re still at the beginning stages of exploring and recognizing what disorders it can help. The good news is, the research on the medical use of cannabis has not stopped so just because we don’t have good evidence now, doesn’t mean it won’t come.

The drug Sativex is approved to treat neuropathic pain and other types of pain, but it’s not available in the United States. It’s still in the clinical trials phase here in the U.S. However, this drug contains a 1-1 ratio of THC to CBD just like the drugs in the Veterans Administration studies.

So, does this mean we really do need THC to get the therapeutic effect of cannabis? If so, that can mean taking CBD alone is a waste because it subjects you to side effects without giving you enough benefits. These are questions that are still need to be answered. So hopefully in the near future, the science will catch up and we’ll have a better understanding of what CBD can actually do and how much of it you need to do what you want it to do.

In the meantime, it’s experimental to use it for pain and other psychiatric disorders. Just investigate the source of it, look into the company that produces it, and be aware of the side effects. See ya next time. 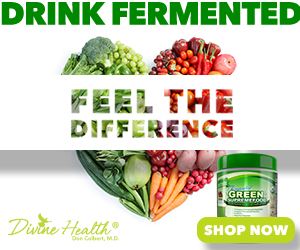 A day’s paintings end now not at “quitting time.” After a tough day’s work, one …